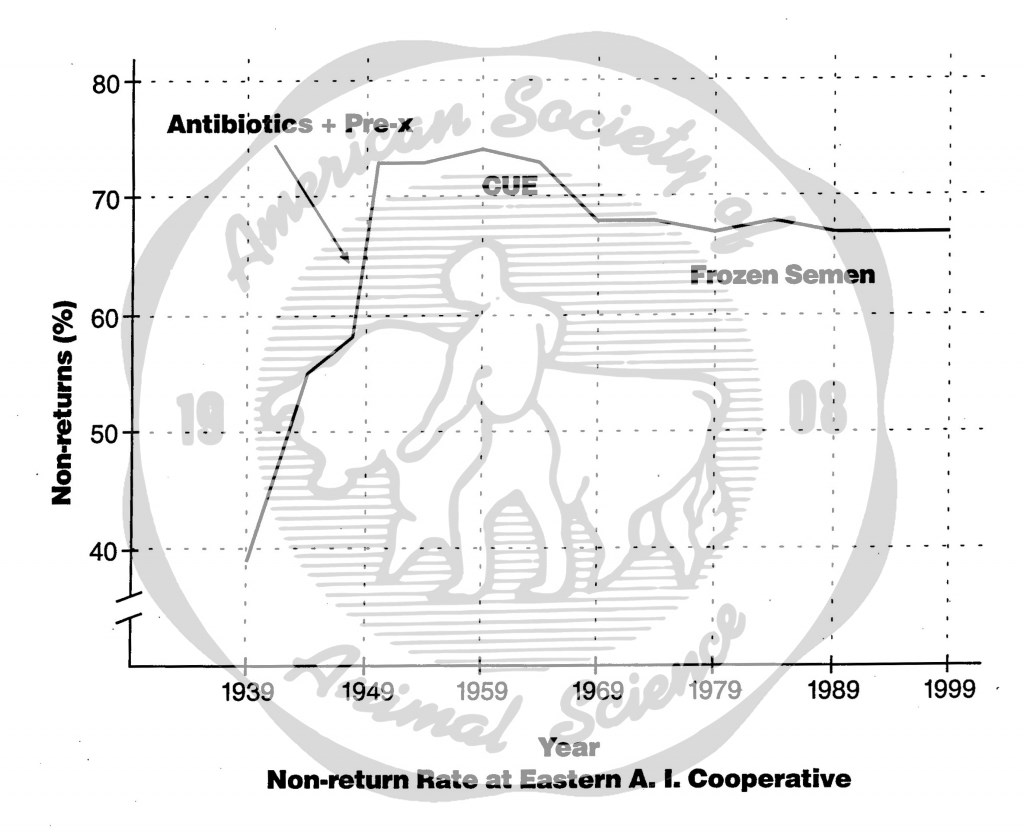 Description: Fertility of artificial inseminations of cattle improved with some changes in technology at Eastern (formerly NY) Artificial Breeders Coop. (Nonreturn rate = the percentage of cattle that did not return for a second service within a specified period after the first service, usually 60 to 90 days.) Before 1949, ejaculated semen was slowly cooled to refrigerator temperature, and then extended with egg yolk citrate containing sulfanilamide. During the late 1940's, ejaculated semen was extended with about four parts of egg yolk citrate containing sulfa plus antibiotics before it was cooled (Antibiotics + Pre-X). CUE (Cornell University Extender) was designed for use at temperatures up to normal room temperature, but it was especially effective in prolonging the life expectancy of bull sperm at 5Ã‚Â° Celsius. While freezing preserved sperm indefinitely, it reduced fertility.