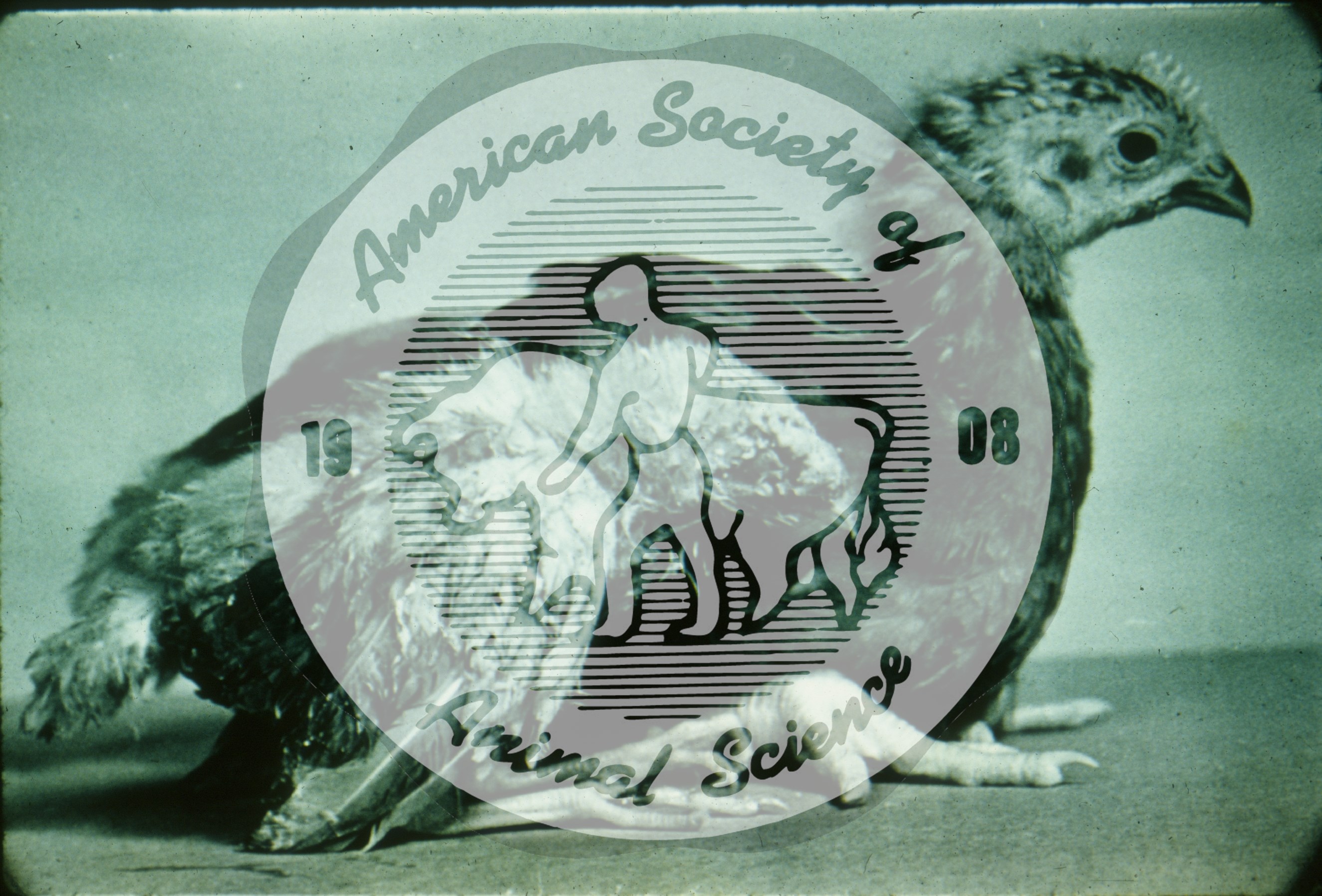 Description: The niacin deficient chick above, in comparison to the larger control, has severe dermatitis around the beak and eye, poor feathering, with reduced growth due to poor appetite. Deficiency in the chick also causes enlargement of the hock and bowing of the legs, which is similar to perosis. However, perosis due to choline, biotin or manganese deficiency causes the Achilles tendon to slip from the tibiotarsal joint (slipped tendon), which does not happen in niacin deficiency. From two weeks of age, inflammation of the oral cavity, tongue and esophagus causes black tongue, which also occurs in dogs. Niacin can be synthesized in the gut from the amino acid tryptophan but this conversion is less efficient in turkey poults, ducklings, pheasant chicks and goslings, so niacin deficiency is more severe in these species. Niacin is important in metabolism as the coenzymes NAD and NADP, nicotinamide adenine dinucleotide and its phosphate derivative, which are hydrogen donors and acceptors in energy, carbohydrate, lipid, and protein metabolism.